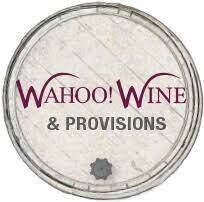 Located next door to Wahoo! Grill on the edge of Decatur, we sell a variety of wines from around the world as well as  a rotating selection of wine growlers and a monthly club selection. We also carry everything you need for your charcuterie board (including the board!) featuring local meats and cheeses along with a selection from around the country and world.

Stimatum, meaning esteemed, is Ameztoi’s limited red txakoli. It is produced exclusively from the local, indigenous hondarrabi beltza variety, grown on traditional trellises high on the slopes rising above Getaria, an ancient Basque fishing village on Spain’s rugged northern coast. In the 2000s, when almost all of the other local wineries gave up on the indigenous red hondarrabi beltza vines, the Ameztoi family retained their old vines, giving their wines such exceptional vibrancy and complexity. Stimatum is inspired by the historic claret-style wines which were once produced in the area before phylloxera. The backbone of the blend comes from an old hondarrabi beltza vineyard planted in 1840, preserved by the Ameztoi family for generations. The traditional style of Stimatum is true to the origins of the Getariako region’s winemaking tradition, a low-alcohol wine with a luminous, refreshing frame and the signature spritz of natural, residual CO2. It is a fantastic, natural accompaniment to the local calamares en su tinta, squid served in its own ink.

Vinification – Ameztoi Stimatum is traditionally crafted with high acidity and low alcohol, utilizing only the native hondarrabi beltza variety. After hand-harvesting, the must ferments in temperature-controlled steel tanks using indigenous yeasts from the vineyard, with 20 days of skin contact. Towards the end of alcoholic fermentation, the tanks are closed to preserve the natural carbonation from fermentation, which is the preferred style of Getaria. After resting for six months on the lees, the wine is bottled directly off the fine lees from the tank, cold-stabilized, without filtration.

Save this product for later
Display prices in: USD

Bottles range from budget-friendly to rare and collectible finds. Provisions include charcuterie, cheeses and other supplies for an amazing meat and cheese board to pair with you wine selection. Our food and gift offerings have a local Georgia-grown focus, with wonderful additions from around the world. 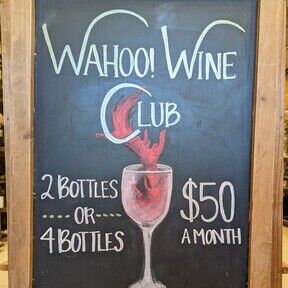 Month to Month with no long-term commitment!

For just $50 per month (plus tax) you can join the 2 or 4 bottles Wine Club. Each month you will receive your selected number of great wines along with tasting notes, wine information, food pairing suggestions, and much more! To sign up or for more information call 404-687-WINE (9463). If you haven't joined yet, we encourage you to inquire during your next visit to the shop. Memberships also make great gifts!

10% off all purchases at WW&P on pick-up day